Summer break began the first Friday in June. Feeling completely drained from this past school and the extra burdens brought on by the pandemic, I spent my first weekend off sleeping and reading followed by a week at the beach and more reading. Not having energy for much else, this escape to made-up people and places helped me relax and refresh. 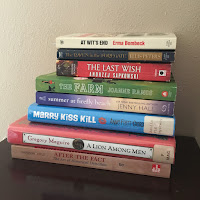 I continue to trudge my way through the magnum opus “War & Peace" written by Lio Tolstoy. I checked it out from my public library in January, and I am 75% finished. As I mentioned in my last book blog, War and Peace is divided into four volumes. As the name implies, Tolstoy combines both historical fiction and literary fiction. Volume One interweaves these two genres as the reader learns about the primary fictional characters as well as Napoleon Bonaparte’s attempts to conquer Eastern Europe in 1805. Volume Two elaborates on the key families during a seven-year period of peace. Volume Three fully embodies the “War” part of the title as Tolstoy recounts the events of Napoleon’s 1812 invasion of Russia. This work of historical fiction gives dialogue, thought, and insight to both Napoleon and Russian General Kutuzov. Occasionally, the characters of the novel make appearances, for example, Prince Andrey Bolkonsky and Count Pierre Bezukhov, but the 364-page volume primarily focuses on the battles of the war. I am hoping that Volume Four returns to the characters’ stories. 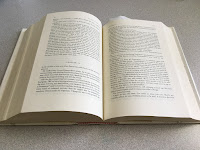 It is not unusual for me to be reading multiple books at the same time. The three books being reviewed in this blog are ones that grasped my attention so much that I devoured them in a matter of a few days. The first novel is book three from the Broken Earth trilogy. Unique in itself, it was a satisfying conclusion to this series. The other two are contemporary fiction, one is satire and the other is a mystery. (Click book covers for Goodreads links.)

Fantasy - N. K. Jemisin concludes the Broken Earth Trilogy with Book 3, The Stone Sky.  Beautifully written conclusion to a magnificent trilogy! Similar to book three, you follow three different perspectives: Essun, Nassun, and the addition of Hoa, the Stone-eater. world-building - ancient civilization - before the Moon was sent out of orbit. Essun, must find her daughter and use the obelisks to bring the Moon back in orbit. Nassun sees the world as corrupt - conflicted over saving Earth or destroying it. The Overdue Podcast episode on the 3rd book not only explores each protagonist’s story but also delves into themes such as oppression and slavery.

This is the way the world ends... for the last time. The Moon will soon return. Whether this heralds the destruction of humankind or something worse will depend on two women. Essun inherited Alabaster Tenring’s power. With it, she hopes to find her daughter Nassun and forge a world in which every orogene child can grow up safe. But will Essun get to Nassun in time?

Fiction/Satire - I was first introduced to the satirical, environmental writing of Carl Hiaasen when a friend lent me the book Sick Puppy fifteen years ago. The protagonist was on an environmental crusade to save Southern Florida from litterbugs. I was hooked! I have since read all of Hiaasen’s other books, with the exception of a few of his YA novels. Published in 2020, Squeeze Me puts the satirical spotlight on the previous US President, his wife/First Lady, and their wealthy fanatics. And hungry pythons!

A prominent high-society matron, a fierce supporter of the President, and founding member of the POTUSSIES has gone missing. She is later found dead in a concrete grave. The President immediately declares Kiki Pew the victim of rampaging immigrants, which is far from the truth. A bizarre discovery in the middle of the road brings the First Lady's motorcade to a halt. Enter Angie Armstrong, wildlife wrangler extraordinaire, who arrives at her own conclusions when summoned to deal with a mysterious influx of huge, hungry pythons.

Mystery - Titles continue to attract my attention in the Mystery section of my local library. In search of a good ‘beach read’ I came across the murder-mystery Marry, Kiss, Kill by Anne Flett-Giordano. In addition to the title, I was drawn in by the blurbs from people like David Hyde Pierce. I was not let down by this book. The story, setting, and protagonist Nola MacIntire, Deputy Chief of the Santa Barbara Police Department, reminds me of Sue Grafton’s Kinsey Milhone but living in the 21st century with all of its technology and pop culture.

Movie stars are in Santa Barbara for the film festival, and powerful business interests are at stake. Detective Nola MacIntire and her partner, Tony, must untangle the complicated web behind three seemingly unrelated deaths - from a homeless shelter to an obscenely over-the-top mansion, an Air Force base to a beer-soaked UCSB student apartment. They follow every lead to unravel the mystery and save their idyllic beach town.