In 2000, I visited Yosemite National Park nestled in the Sierra Nevada Mountains of California.  The park was the destination of a drive across the United States. I spent three days there, camping in a tent overnight, exploring the park’s beauty. The magnitude of Yosemite’s natural beauty left an impression that still exists twenty years later. 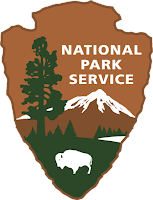 Yosemite National Park includes nearly 1,200 square miles of mountainous scenery, waterfalls, and mighty sequoia trees. I approached the park from the west, having stayed in the Pacific Ocean the night before, drive into the valley following the Merced River. The first landmark I saw was El Capitan rising up to my left. It was a truly amazing sight! I could not believe how high, and steep, it was! A climber looked so tiny in comparison. I then drove to the other end of the valley to get a spectacular view of the famous Half Dome rock formation. To hike up Half Dome requires a special permit and 10 to 12 hours of time to hike round trip. I was told the hike begins at 6 am. As exciting as this sounded, I knew I was not up for this challenge. Instead, I took a variety of shorter hikes throughout the park to see its beautiful sites.

The hike that stands out in my memories of Yosemite is that of Sentinel Dome. This granite dome rises to 8,122 feet above sea level. The hike itself is only a 1-mile from the parking area, but the trail has a steep incline with switch-backs working around and up the dome. When I got to the top, I held on to a large boulder while the wind billowed around me in this moment of Zen. I was 3,500 feet above the valley with a bird’s-eye-view. Sentinel rock was off to my right. I could see half-dome from across the valley.

This hike is not for those with a fear of heights, and specific hiking shoes are strongly recommended. But the view is magnificent! My photos don’t do it justice. I wish I had taken more photos, but this was before digital photography and I was limited by the number of rolls of film with only 24 photos each.

*Pictures owned by me except the National Parks Service logo.